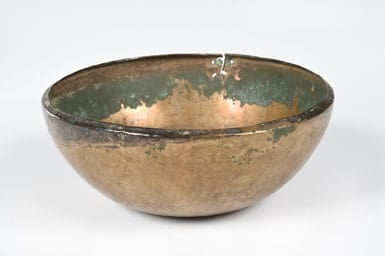 The Romans at Chester Farm

As the invading Romans arrived at Irchester, they would have discovered a landscape studded with many small family-sized farms, and there are two known within the Chester Farm site. As an all-year river crossing, at the time of the conquest, this location in the Nene valley would have become especially important, a vital communication route which could be maintained between the conquered south of England and the military zone further north.

Geophysical survey has identified what appears to be the distinctive ‘playing card’ shaped ditch that may denote the presence of a small fort on the site, probably established to police and manage the river crossing. The Roman town possibly owes its origins to this fort, the troops there would have required various services from the locals, who in turn may have started to settle outside the fort gates.

Even when the troops moved on and the fort dropped out of use, that settlement and the passing traffic along the road would have continued, and  the town developed further.

So the Roman town at Irchester is important nationally for our understanding of life in Roman Britain. Situated just north of the line of the current A45, but within the Irchester parish boundary, Chester Farm is the only site of its type in the county that has not been built over or substantially damaged by later developments. The area that was covered by the Roman town, including the central walled area, is protected by law as a scheduled Ancient Monument, a status reserved for remains that are of national importance.

The site has been known to contain a Roman town for many years; indeed parts of the Roman walls, erected in the late 2nd century, were still standing into the 18th century.  But it is only more recently that we are beginning to develop a clearer picture of the development of the town, why it is where it is, what sorts of buildings existed and who lived there. We are piecing the story together from maps and photographs, geophysical survey, targeted excavation and research.

The town sits on the south side of the River Nene valley at a location where the valley is about a kilometre wide. What we regard as the ‘core’ of the town also sits on a saddle of ground, defined on its west and east sides by a natural tributary valley, and on the north side there is also a scarp down to the valley floor, making the site naturally more defensible. It also sits at a river crossing point: a route running down the eastern valley onto and across the flood plain, where the width of the flood plain had resulted in the river being a series of shallow fordable channels, that had probably been in use for hundreds of years. This landscape is a key reason why Roman settlement developed here.

There is still much to be explored, so far the town has only been explored in a limited way, as the site is mainly buried under the ground, safe under the grass. Geophysical survey has shown the shape and position of individual buildings and that there are at least two Roman-Celtic temples, though the name or nature of the deities worshipped is not known. The town was certainly important, as shown by the survival of some architectural fragments such as a sculpture and some column tops, as well as the wall itself. In the nineteenth century painted plaster and evidence of mosaics were also recorded, showing how very Romanised this small town was. At its height the town may have had up to 800 inhabitants. 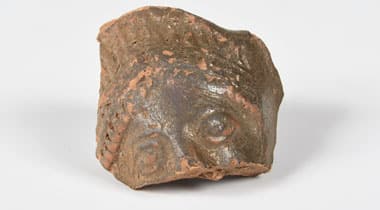 Roads may give us one clue to the town’s role and importance; roads were not invented by the Romans but the significance of the roads in terms of Empire-wide communication cannot be underestimated.

At Irchester one structure has been identified as potentially being a ‘mansio’. These buildings served as ‘stop-overs’ for officials from both the civil service and military, offering people engaged in imperial business a sort of ‘motel’, and suggesting this town had an important role in the Cursus Publicus (the Roman Empire’s courier service).

This status may explain why this is the only small town in this area that was walled, probably late in the second century.  Related to this the town may have had a role in the provision of horses for the state – the imperial representatives probably travelled on horseback and they would have needed to change horses here. The evidence is a tombstone to Anicius Saturninus, recovered in the nineteenth century; he was a ‘strator’, an official responsible for the acquisition of horses.

We do not know as yet the name of the town but it would  have served as a local focus for trade, both local and regional, and one product the town may have had a role redistributing would have been the local wine. Several Roman vineyards have been found within a few kilometres  to the north and south of Chester Farm. The white wine they produced would have been transported in wooden barrels presumably over a fairly wide area.

When the wall was imposed upon the previously sprawling town and suburbs, the line of the wall cut across at least two buildings.

Were they unoccupied at the time? Or were the residents  expected to ‘relocate’? The grid design of streets so typical of the Romans is not to be found  within the walled town at Chester Farm; it is a dendritic pattern (resembles a tree) and this design would have helped drainage, funnelling water down to the Nene.

The town had an east gate in the defences and possibly also a west gate but no convincing evidence exists for there ever having been a north or south gate.

There has only been limited excavation in the sub-urbs to the west and east of the walled town but there is already evidence of numerous buildings, some of which were presumably workshops for a range of crafts. In addition, several discrete small cemeteries have been identified containing inhumations within ordered graves. We do not know the exact date of these burials but the scattered locations might suggest they are from the period towards the end of the town’s existence. In the fifth century there was certainly a slow shrinking in the urban character of the town and a reduction in its population. This may have led to the abandonment of land that was subsequently used for burial. Through the Chester Farm project we plan to carry out some scientific dating on a number of the skeletons to see if they are late Roman or post-Roman in date.