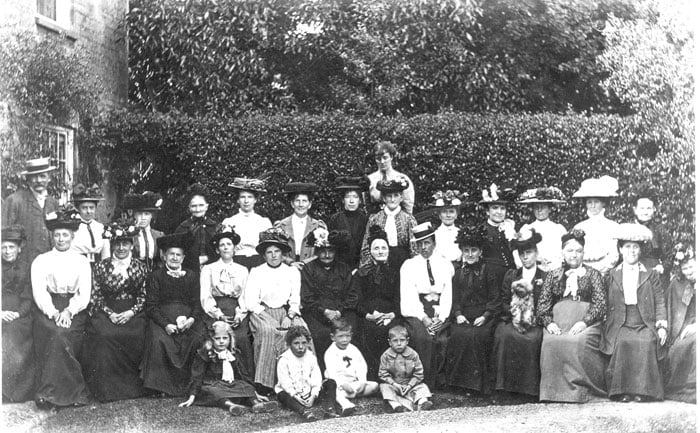 03/02/2017
The redoubtable Pollie who played county tennis and hockey.

This elegant group, possibly St Katharine's Church Women's Bible Class, was taken around 1902. On the front row, wearing a boater is Bible Class Leader Miss Mary Helen Simpson (Pollie), daughter of William Simpson who owned Chester Farm. She was a superb hockey player, a skilful golfer
and represented the County at tennis. William is on the far left of the picture and also wearing a boater.

William and Helen Simpson lived at Chester Farm from 1890 to 1903 with their eight children. William Hirst Simpson was born in Lincolnshire in 1847, marrying Helen Clark in 1870. They later settled in Northamptonshire when he acquired a solicitor's practice at Higham Ferrers, William also became a County Councillor and a much respected figure in the county. 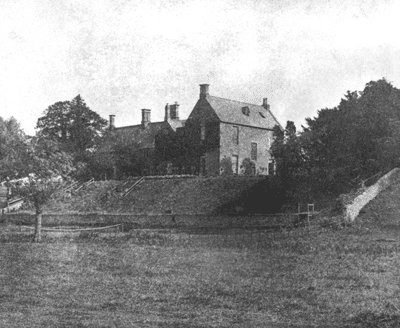 Mary, always known as Pollie, was the eldest of his children and she loved country pursuits. She was a fine horsewoman, hunted regularly and had a reputation for being able to master any horse using kindness and understanding.

She loved all animals especially dogs and she bred and showed dachshunds. She was good at golf, played tennis for the county and became a brilliant hockey player;
captaincy of the 'invincible' Ladies' Team at Higham Ferrers was followed by captaincy of the county team. As a skilled gardener she showed sweet peas.

During the First World War Mary volunteered for war work becoming an organiser of the Land Army and involved in the beginnings of the Women's Institutes in 1915. In 1925 she was appointed agricultural organiser for the W.I. and was closely involved
with the establishment of the Moulton Farm Institute (now Moulton College).

Pollie was renowned in the Institute movement for her endless fund of good stories. One being when she and two brothers got up early and undid every cottager's pigsty in the village. In the ensuing chaos the children volunteered, unsuspected and unblushing, to catch and identify all the pigs.

As some of the children married and left home, William Simpson bought the Old Rectory at Chelveston where Pollie remained until her death in 1947.

A much longer appreciation of the redoubtable Mary Helen Simpson written by Helena Deneke can be found on the Rushden Research Group website. Also thanks to Jon-Paul Carr for permission to use these photographs.