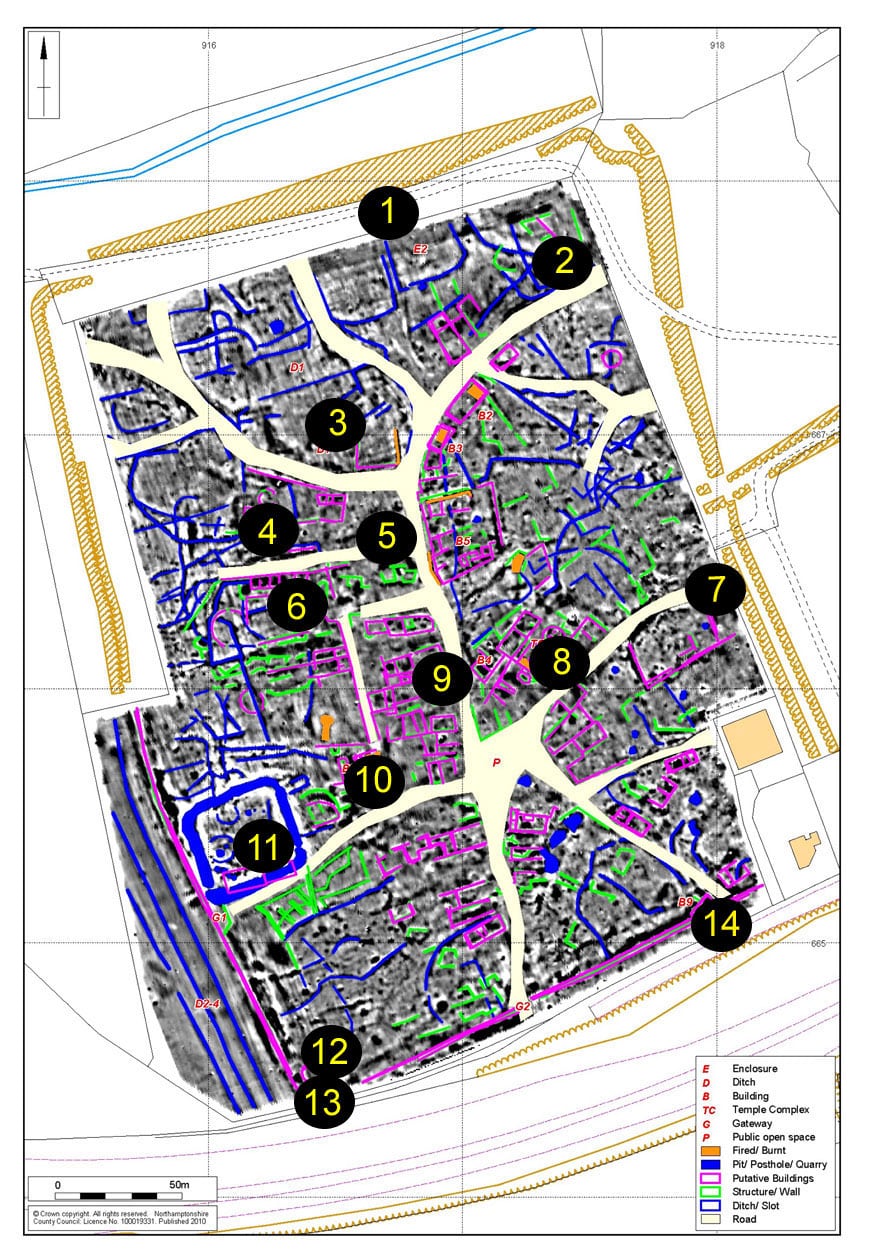 Hidden but not invisible!

Further excavations will take place at Chester Farm in the next few years and who knows what will be found. This will develop our understanding of the surviving archaeology and give our volunteers the chance to 'have a go'.

However, we already know a certain amount – from recent digs and also from those done by the Rev. Baker, the excavator in the late 19th century. We know that a tenant had taken up the stones in the Roman encampment as the Rev. Baker, writing in 1891, had given "leave to Mr Blott, the tenant to remove the upper courses of the foundations as they rather interfered with the ploughing, so that any future digger will find the walls shallower and perhaps some gone".

This fascinating geophysical survey of the area of the Roman walled town matches nicely with the bird's eye view. We have put an overlay on it to help you interpret some of the buildings.

Key to geophysical survey map below