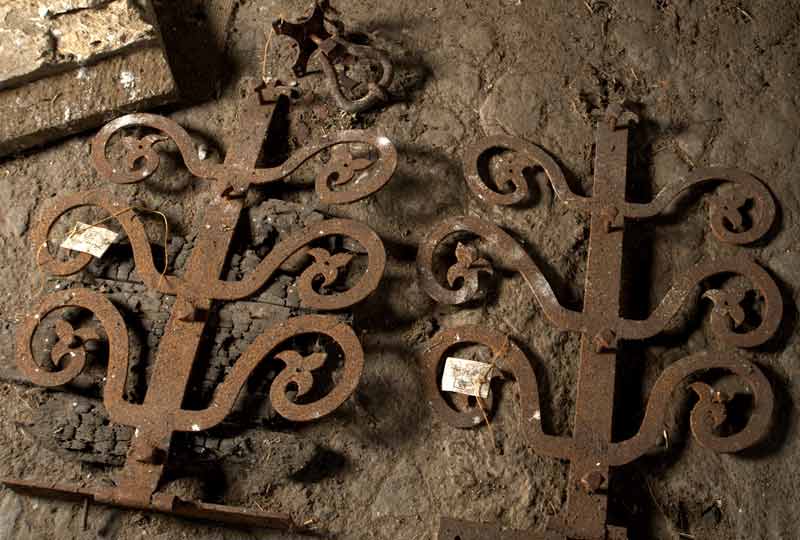 The path of any project doesn't always run smoothly and we had a very low moment in 2010 when the farmhouse of Chester Farm was severely damaged by fire, due to an electrical fault. Known for much of its life as Chester House, this Grade II* Listed Building dating from the 17th century was intern​ally gutted.

Whilst the fire was a disaster, setting the project back by about two years, it also unexpectedly provided a previously impossible opportunity to analyse and appreciate the building's fabric. This has provided a step forward in our understanding of how the layers have built up from its 17th century core. Since then much research has been undertaken and shows that much reordering of the internal layout had taken place in 1925 and that the assertion that there was a medieval building within the structure has been disproven.

The alterations of 1925 lost its country farmhouse layout leaving it with two faces. An exterior face of well-worn age, but an interior which reflected this only where the layout still suited the occupants and dramatically upgraded when they felt it was backward looking.

Huge piles of charcoal, ash, scorched rubble and pulverised stone and mortar filled some rooms. Timbers, fittings and other recognisable items were​ set aside for assessment. Our picture shows two iron hinges from the front door.

Amongst the remains spared by the fire, contemporary catalogues and magazines, such as Homes & Gardens of 1926, corroborate details such as fireplaces and electrical fittings, held up as top of the range examples of their day.

Since the fire the house has been made watertight with a new roof, but the inside, as shown in our picture (above) the farmhouse​​ awaits restoration which began October 2016. In future Chester Farm Stories we will talk more about the internal fixtures and fittings that are to be installed, including an oak staircase that will take some 26 weeks to make.