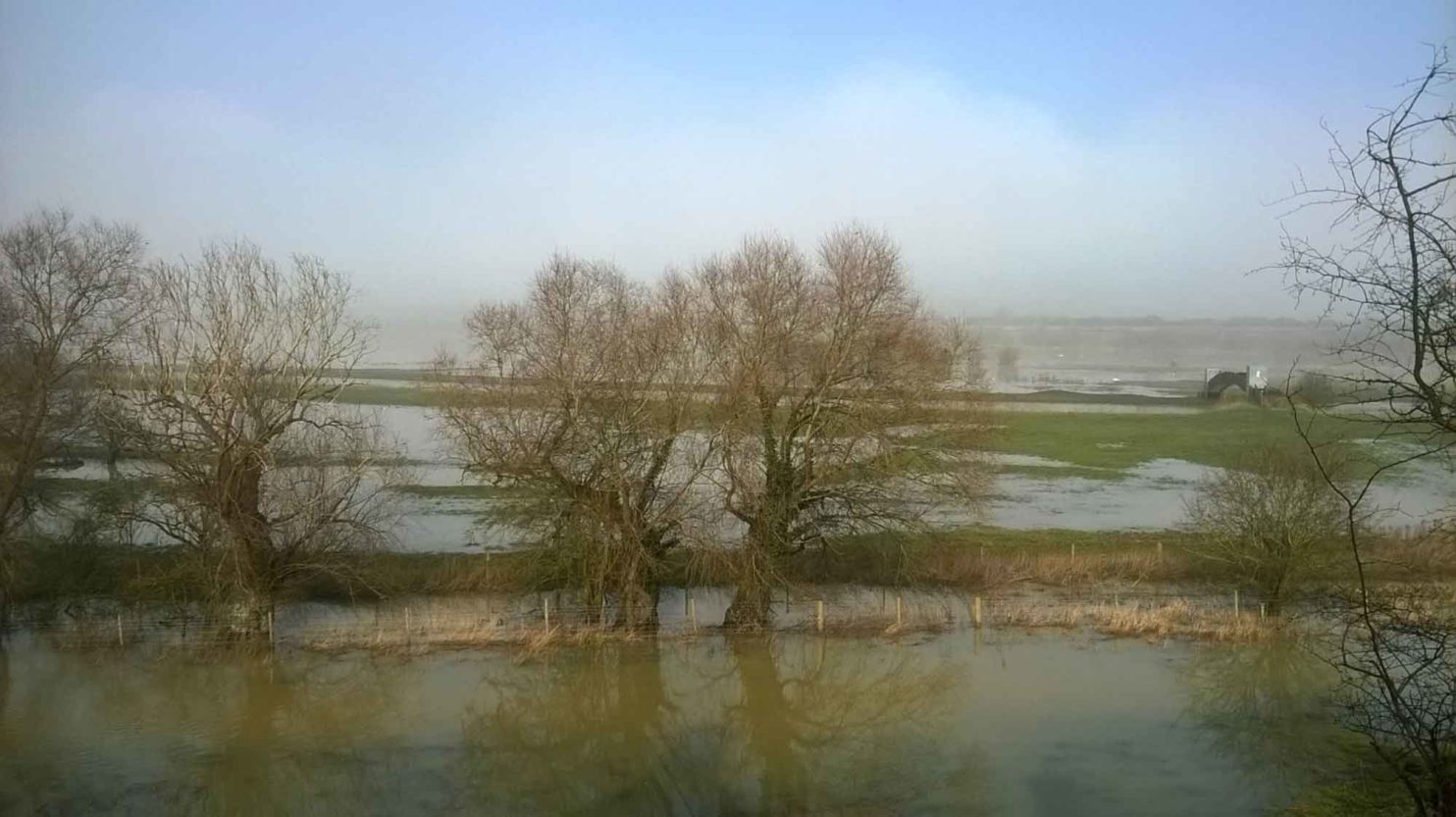 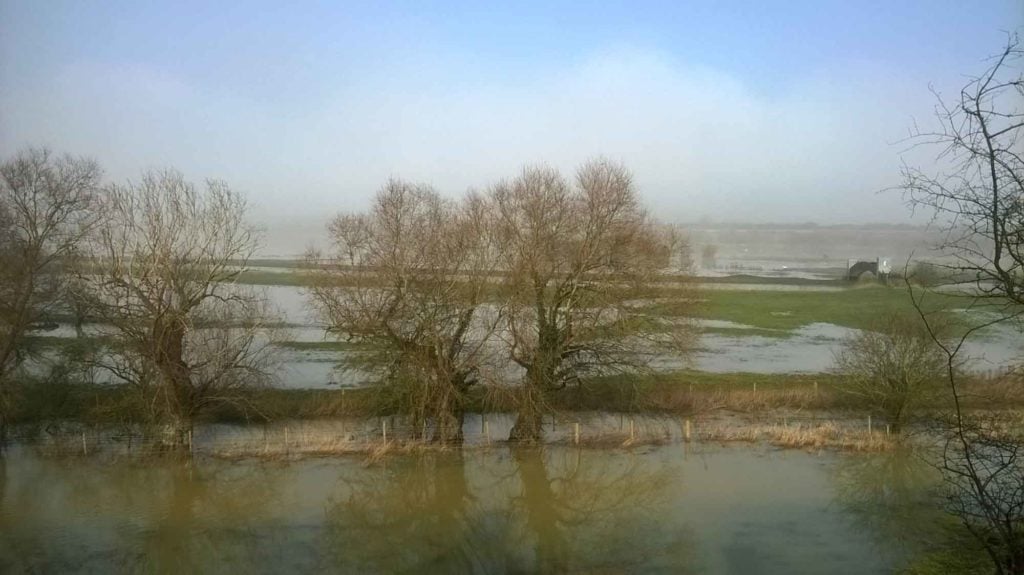 The Nene runs along the site's northern border and it is fair to say that the river corridor was the critical reason why Chester Farm was so important across the millennia.

To fully understand this you need to visualise the wide flood plain as it once was: ten or more shallow tributaries meandering across the wide valley floor – this was the best crossing point for miles around. The watery landscape was a further draw as it would have provided a great abundance of fish and birds, and hence plentiful food.

This photograph was taken after the heavy rains in March, 2016 and it gives a feel for how the valley has looked in the past and what a dominant presence the river can be.

This broad valley was formed by huge volumes of meltwater at the end of the ice age. The flood plain contains the meandering Nene and many gravel pits, sand and gravel being a bi-product of the large glacial deposits left in the valley as the ice receded.

The Nene is the 10th longest river in the UK and for its final 88 miles, Northampton to the Wash, it is navigable. In the 18th century to achieve this navigation the River Nene was canalised and the behaviour of the river was utterly changed. The new deeper channel was controlled within its banks and most tributaries were lost, although not the Chester River pictured below. 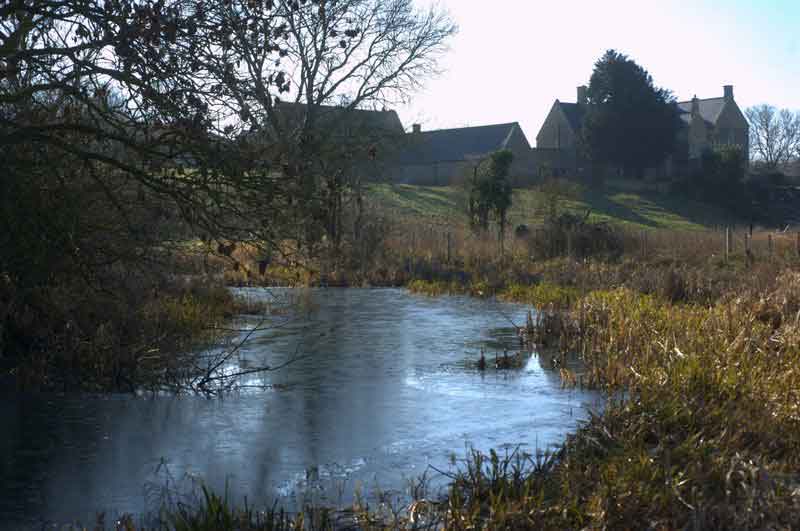 The effect today is that the river at Chester Farm is almost invisible, even when stood on higher ground. To get a view of the River Nene I would recommend walking right to the river bank along the edge of Holm Meadow.

In July I went to have a look at how the wild flowers sown in Holm Meadow were getting on. Seed looks to be setting and as it awaits its hay cut in late August it was busy with swallows, butterflies and dragonflies. As I look across the meadow I see the heads of two people plus a narrow chimney serenely, smoothly but purposefully passing by – I conclude, after some bemusement that they are attached to a narrow boat! Many are the ways that Chester Farm can be viewed and enjoyed!