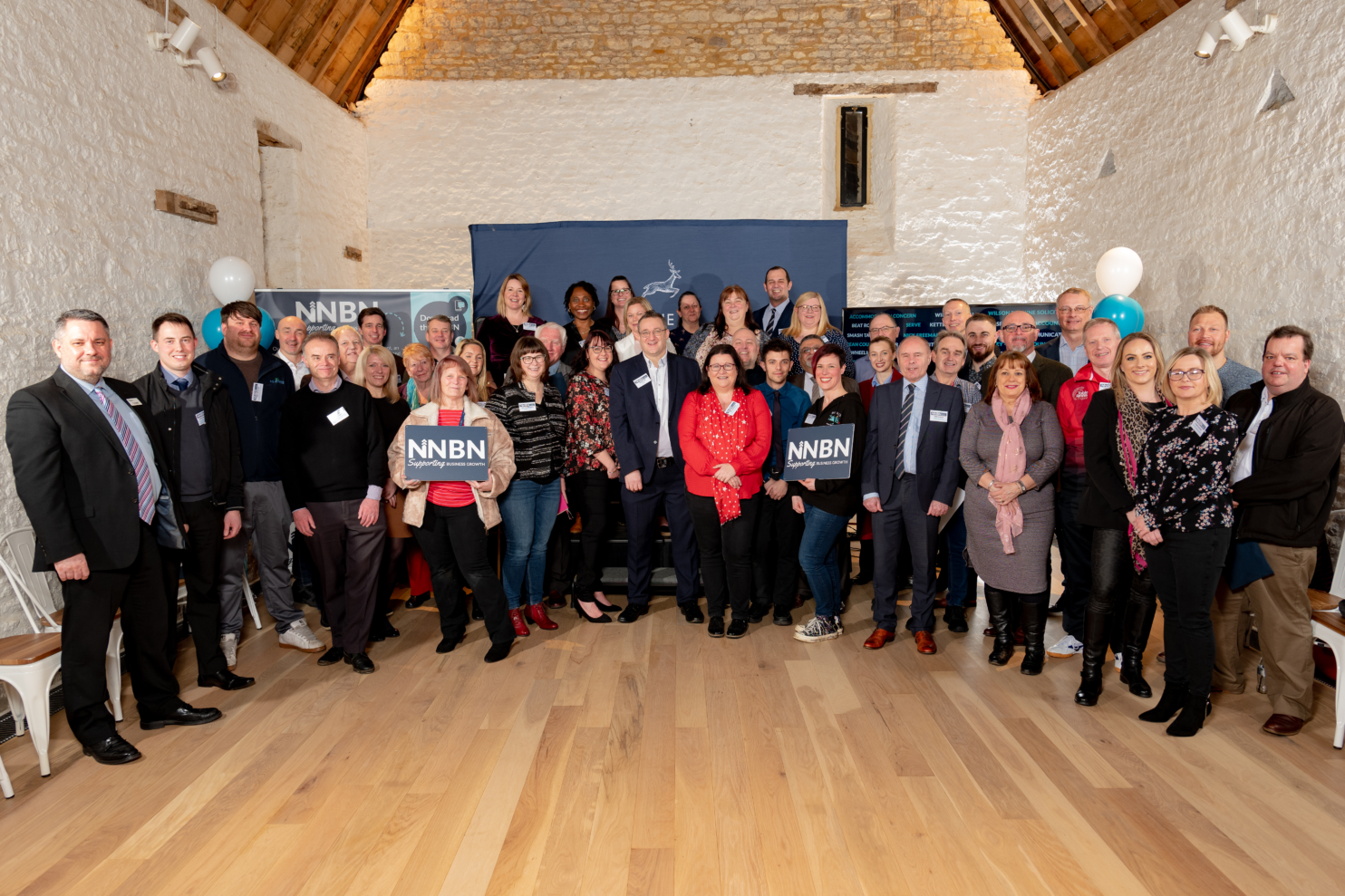 Over 100 people attended the official launch of the NNBN as the new and exciting business membership organisation for North Northamptonshire was unveiled.

Founding Members joined the event at the beautiful Chester House Estate where attendees heard from the visionaries behind the new organisation, Simon Cox and Marie Baker, about their story behind the NNBN, why they introduced the NNBN to the area and the membership benefits.

NNBN Director Simon Cox said “We are delighted with the launch of the NNBN and would like to thank the Founder Members who joined us as Members ahead of the launch. We are looking forward to working very closely with our Founder Members, helping to drive business in the North of the County and supporting businesses along the way.”

“The NNBN is a very special organisation which values it’s members. We are here to help support them, understand the help they require to run their businesses, promotes them and engages with them. We are delighted that we’ve been joined by a range of organisations already and we will be growing as we go forward and ensuring local businesses know they have an organisation they can talk to.”

“We look forward to driving business activities going forward including the first evening networking event for both members and non-members, taking place later this month at Kettering Park Hotel & Spa as well as other new and exciting events taking place in the future which will drive business in the area.”

“Both Marie and I would also like to thank Beccy Hurrell from Beccy Hurrell Voice & Arts, Charlie Stone from Shire Sounds Radio, Kerry Bate and Debi Noone for all their hard work and support on the night which was captured by Nick Freeman from Nick Freeman Photography. We would also like to thank The Cake Story and Time to Celebrate in Kettering for supplying the cakes and balloons for the launch and both Jack Pishhorn and Tom Jolley and all the staff from The Chester House Estate who looked after us and our attendees throughout the night.”

If you would like to learn more about the NNBN, please visit https://nnbn.co.uk