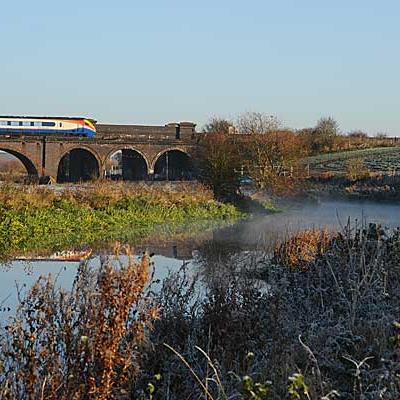 03/01/2018
In 1853 the Midland Board decided to extend the railway line south from Leicester to Bedford and construction began under the direction of the celebrated contractor, Thomas Brassey.

Money was short, there were labour difficulties because of the Crimean War, and Brassey was limited to a budget of under £1m for the 63 miles of line, yet it was done, and done well, in spite of considerable problems with the crossing of the River Nene opposite Chester Farm.

The railway line and viaduct would have been built by 'navvies',  the term abbreviated from navigator and coined in the late 18th century when a network of canals, often known as 'navigations', were built across the country. Navvies turned to railway construction from 1830 onwards as canals were superseded by trains.

They worked using hand tools, supplemented with explosives for tunnelling and moving large objects. Steam-powered diggers were introduced in the 1840's but were not considered cost effective against experienced labourers. Navvies were frequently killed or injured as safety was poor and for each mile of rail laid, there was an average of three work related deaths, higher if tunnelling was involved.

Many of the navvies employed to build railways lived in poorly built temporary accommodation referred to as 'shanty towns' and local newspapers tended to portray navvies as drunk and unruly and the natural tension between locals and outsiders bred distrust which occasionally blew up into violence and rioting. 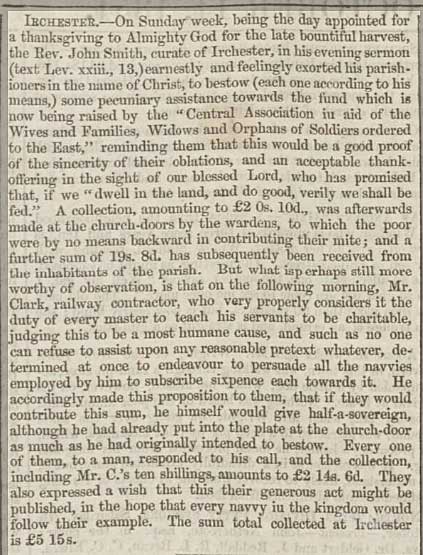 However it was a different story here, as reported in the Northampton Mercury of 14 October, 1854. The curate of Irchester had exhorted his parishioners to contribute to the fund being raised by the "Central Association in aid of the Wives and Families, Widows and Orphans of Soldiers ordered to the East" (the Crimean War). A collection was made at the church door which raised £2 0s. 10d. and a further 19s. 8d was later received from parishioners.

"But what is perhaps still more worthy of observation, is that on the following morning, Mr Clark, railway contractor, who very properly considers it the duty of every master to teach his servants to be charitable, judging this to be a most humane cause, and such as no one can refuse to assist upon any reasonable pretext whatever, determined at once to endeavour to persuade all the navvies employed by him to subscribe sixpence each towards it.

"He accordingly made this proposition to them, that if they would contribute this sum, he himself would give half-a-sovereign, although he had already put into the plate at the church-door as much as he had originally intended to bestow. Every one of them, to a man, responded to his call, and the collection, including Mr C.'s ten shillings, amounts to £2 14s. 6d. They also expressed a wish that this their generous act might be published, in the hope that every navvy in the kingdom would follow their example."

The line opened in May 1857, public holidays were declared locally and free excursion trains ran taking Sunday and National School children on their first railway journey. The celebrations were justified, for the advent of the railway was to stimulate the boot and shoe industry right across Central Northamptonshire, as well as the developing iron industry.

The viaduct is 107m long and has 14 arches to carry the Leicester to St Pancras railway. Not long after completion the weight of the clay embankment pushed the completed abutments and wings forward causing the death of several navvies although not a single brick was displaced. Much rebuilding had to be done. Subsequently a second viaduct was built behind the original doubling the capacity of the line, this was completed in 1883 and with its easier gradient was used specifically for freight. 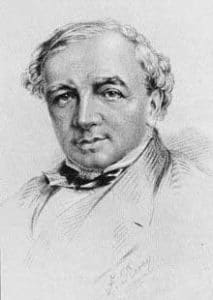 Thomas Brassey (1805-70) was a civil engineering contractor who in the 19th century built much of the world's railways, in fact by the time of his death he had built one in every twenty miles of railway in the world. During Britain's "railway mania" there was massive investment, but not all lines were built to Brassey's high standards and he was careful to choose his contracts and investors so he could maintain his standards.

Brassey paid his navvies a wage and provided food, clothing, shelter and in some projects, a lending library. He had much skill in choosing good men and would set on agents of considerable capability who would have overall responsibility for the project, working for a fee plus a percentage of the profits, penalties for late finishing and rewards for early completion. For over 20 years Brassey was employing over 80,000 people across four continents. Despite this he had neither an office or office staff and he held much of the detail of his works in his head. Brassey dealt with all his correspondence himself, although his supportive wife acted as interpreter for all his French undertakings.

Railways were not his only passion, he built part of the London sewerage system for Joseph Bazalgette and he gave money to Isambard Kingdom Brunel to build his ship The Leviathan.

In 1870 when Brassey was dying, he was visited by many of his work force, not only his engineers and agents, but also his navvies, some of whom had walked for days to pay him their respects. His estate was valued at £5.2m, making him one of the wealthiest of that generation of Victorian self-made men.  Many of his ideas were ahead of their time as he had failed to interest governments in both the idea of a tunnel under the English Channel and a canal through the Isthmus of Panama.